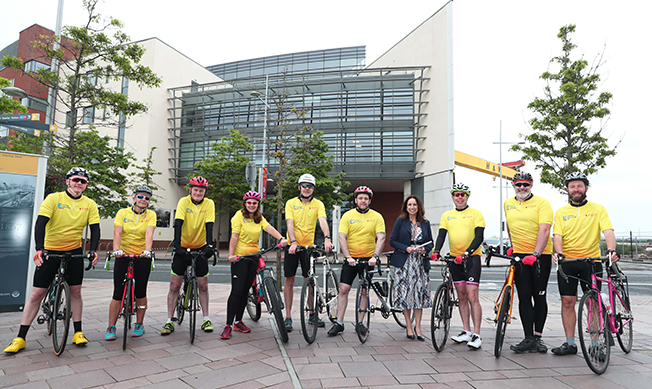 Staff from Belfast Met and Northern Ireland’s Further Education Colleges have raised £5,550 for Air Ambulance NI after participating in a charity cycle.

Each of the six colleges put forward a team of cyclists, both experienced and first timers, who cycled around their respective campuses to pass a baton to the next College. Belfast Met had nine cyclists from various areas of the College and three members of staff who volunteered to help on the day.

The teams’ fundraised to support a vital regional service at a time when the health service faces enormous pressures in the wake of the recent pandemic.

The event highlighted the collaboration and collegiality between the six colleges in their work to make a positive impact to their local communities.