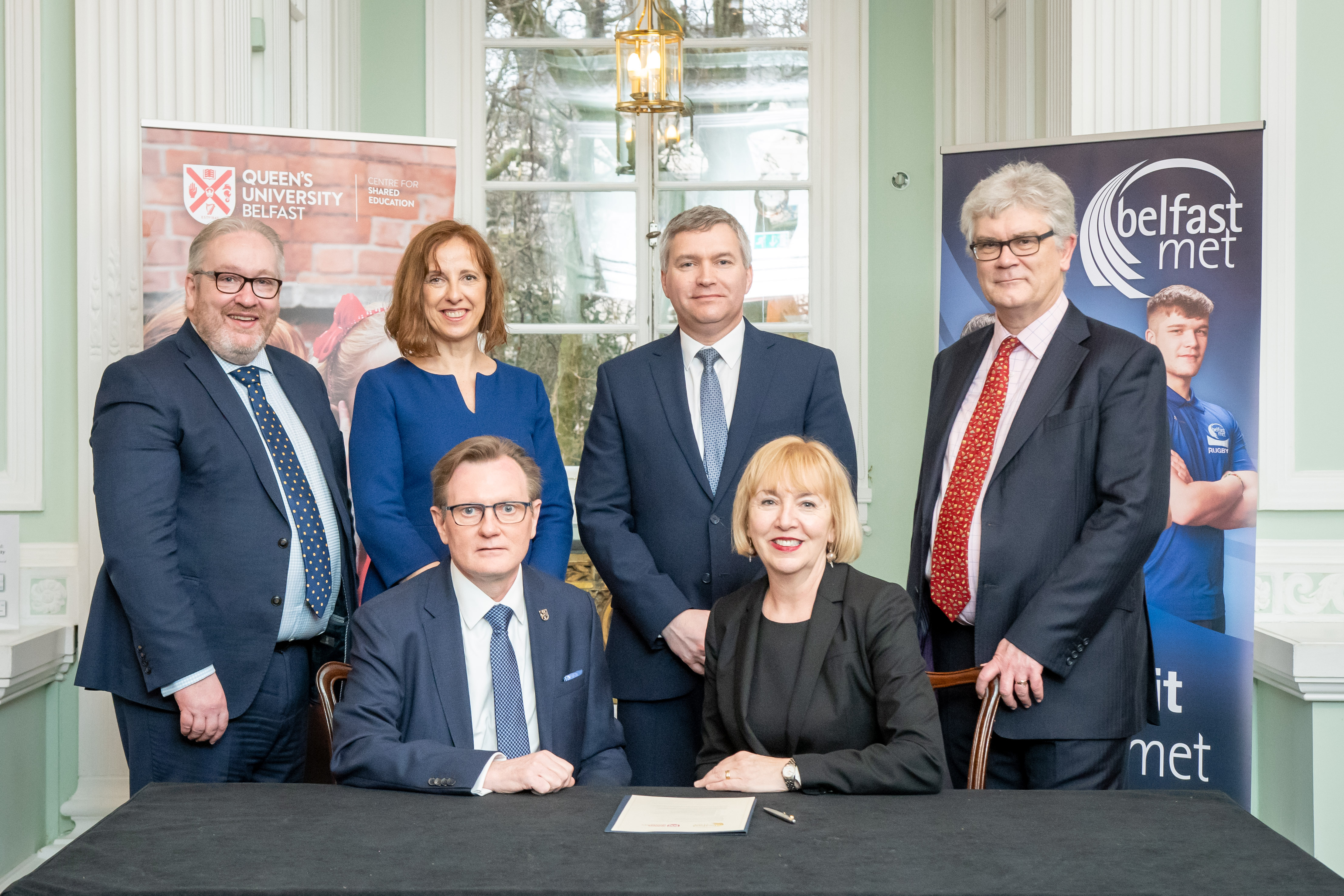 Belfast Metropolitan College and Queen’s University Belfast both received the prestigious Queen’s Anniversary Prize – a UK-wide award recognising excellence, innovation and public benefit in work carried out by UK colleges and universities.
Representatives from both institutions attended Buckingham Palace for the award presentation.

The awards come at a significant time for Queen’s University and Belfast Met as they recently signed a Memorandum of Understanding (MoU), formally committing to greater co-operation and collaboration.

This is the first time Belfast Met has received a Queen’s Anniversary Prize, and the seventh time for Queen’s University. Belfast Met received the honour for developing its Digital IT curriculum in Northern Ireland while Queen’s was given the award for its work on Shared Education. 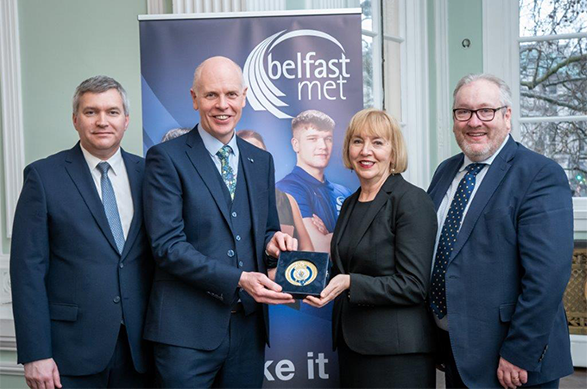 Belfast Met is only one of four Further Education Colleges to have received the Queen’s Anniversary Prize on this occasion. The award is in recognition of its excellence in Further Education training in Information and Communications Technology ICT. It was designated Curriculum Hub for the Digital ICT sector in Northern Ireland in 2017, and continues to make a vital contribution to ‘leading the city to work’ and delivering Employability Skills as part of the Belfast City Deal.

The new MoU between Queen’s University and Belfast Met details ways of greater co-operation including joint student activities and projects, knowledge exchange, collaboration on widening participation including the Pathway Opportunities Programme and Junior Academy, as well as working together to meet regional skills development needs aligned to the Belfast City Region Deal.

Marie Therese McGivern, Principal and Chief Executive of Belfast Met said: “Belfast Met are honoured to receive our first Queen’s Anniversary Prize for our work in developing a world class IT talent pipeline in Northern Ireland. We are delighted to work in partnership with Queens University Belfast to collaboratively provide new opportunities for future generations, developing skills to support economic growth in Belfast and beyond.” 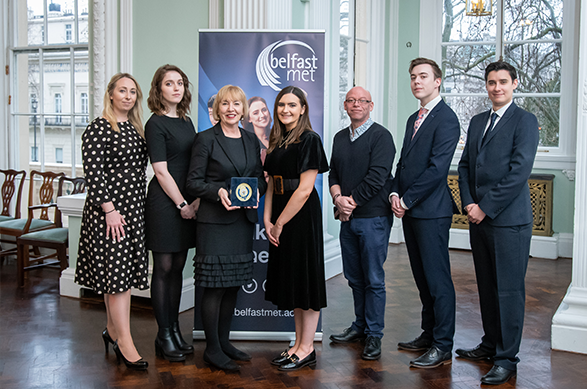 Vice-Chancellor Professor Ian Greer said, “To receive a national honour such as the Queen’s Anniversary Prize for the University’s work on Shared Education is a privilege and one which affirms the world leading work that takes place here. We were pleased to receive it alongside Belfast Metropolitan College with which we have recently signed a MoU. I am convinced of the importance of collaboration and I, and my colleagues, look forward to working more closely with Belfast Met, with a shared vision to enrich education and development opportunities in Northern Ireland.”

Economy Minister Diane Dodds added: “As Minister with responsibility for both the further and higher education sectors, I congratulate Queen’s University and Belfast Met on each receiving the prestigious Queen’s Anniversary Prize. Both institutions deliver high quality teaching and training opportunities to people in a wide range of areas, both academic and vocational, and nurture an abundance of expertise, knowledge and skills among their students and staff.

“These awards recognise both the work by Queen’s in shared education, and Belfast Met’s role as a Digital IT Hub, and are testament to the contribution the institutions make not only to the local economy, but also to wider society. Staff and students can be rightly proud of these awards.”

The Queen’s Anniversary Prizes have been running for over 25 years and are considered one of the most prestigious awards in the education sector. The scheme runs on a two-year cycle and are managed by The Royal Anniversary Trust. 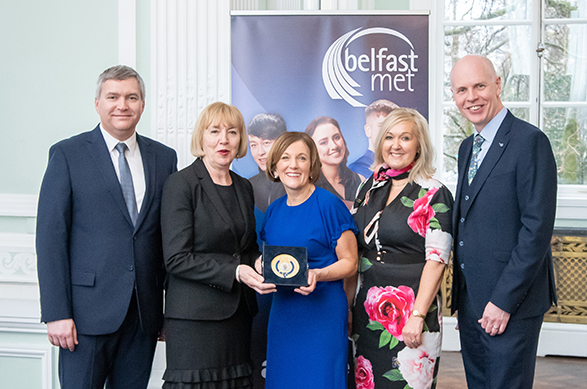