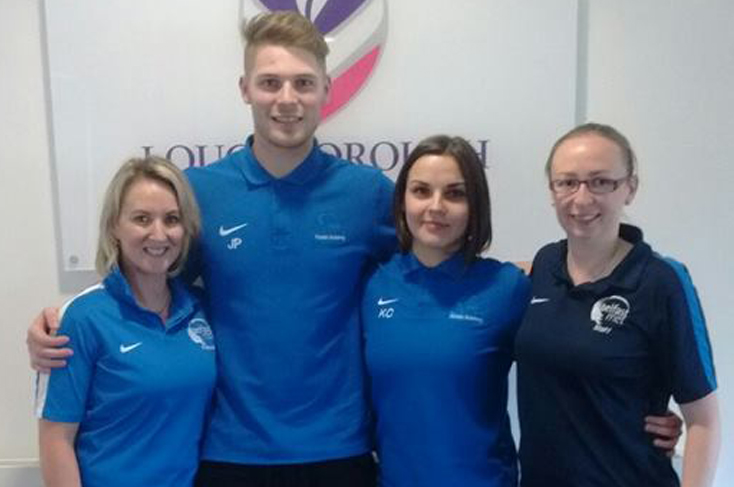 A couple of Belfast Met students have ‘worked out’ a way to be super successful in a major national fitness trainer competition.

After qualifying by placing first in the regional heats a few weeks ago in Basingstoke, Kaja and Jordan faced some of the best aspiring fitness professionals in the UK in the semi-finals.

Paul Boyle, Head of Sport at the College, said: “This is a fantastic achievement and is testimony to the commitment and expertise of the staff in the Active IQ Fitness Academy at Belfast Met, which is gaining an international reputation for excellence. I would especially like to congratulate Kaja and Jordan for their achievement, which is due recognition of their commitment, enthusiasm and exceptional ability. I would also like to extend a special thank you to their tutors Kim Murray, Katrina McGivern and John Mulhern for travelling with the students and supporting them.”

Kaja and Jordan will now compete in the Worldskills UK National Finals at Birmingham NEC in November and it is hoped that they will go on and claim the ultimate prize of Worldskills UK Champion in their respective disciplines.